Health and Fitness Applications Lead to Growth of Wearable Sensors 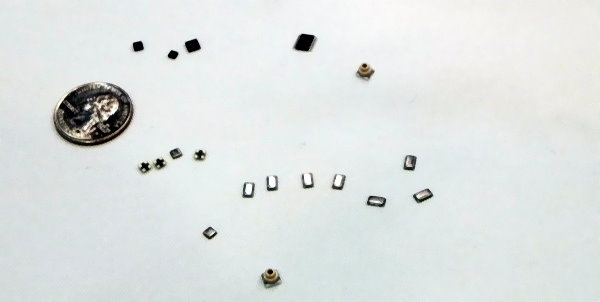 Micro-electromechanical systems (MEMs) technology is behind the sensors that can sense and process information about their surrounding environment. They are one factor in the boom in the wearable market, as they become more accurate and smaller at a lower cost than ever before.

Wearable sensors play a major role in health and fitness markets where they track and monitor various activities and vitals including blood pressure, heart rate, and body temperature. The global wearable sensors market was $70 million in 2014 and will grow at a compound annual growth rate (CAGR) of 45% from 2014 to 2020 according to TransparencyMarket Research (TMR). In its recent report,“Wearable Sensor Market – Global Industry Analysis, Size, Share, Growth, Trends and Forecast, 2014 – 2020”, the global wearable sensors market is projected to reach $657 million in 2020. Growth of wearable sensors can be attributed to growing demand for wearable devices in health and fitness markets. Growth can also be attributed to declining costs of raw materials required to manufacture these sensors. In terms of regions, North America led the adoption of wearable sensors and will continue to dominate through the forecast period. TMR categorizes wearable sensors as motion sensors, pressure sensors, temperature sensors, image sensors, position sensors, medical based sensors and others. The motion sensors, used in fitness bands and smart watches, had the highest revenue share in 2014 and are expected to continue to dominate the market during the forecast period. In terms of applications, wrist worn wearable sensors dominated the market.

While advancements in healthcare maybe the primary growth driver for these wearable sensors, they have found their way into various fields such as sports, consumer electronics, and gaming. Increased usage, and thus demand, combined with lower costs will ensure continued growth of this market.