So Where’s Our Coverage of Apple’s Announcement? 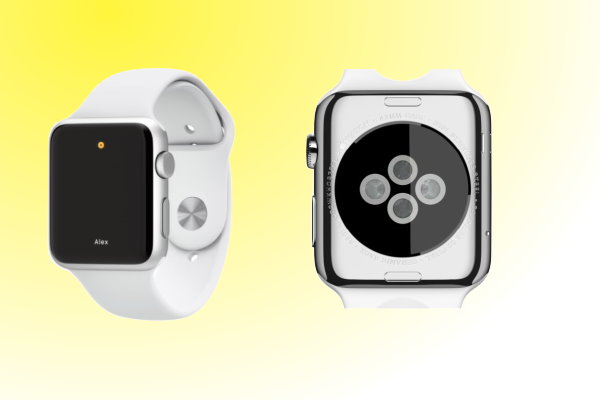 In case you’ve been living under a rock for the past few months, you might have missed the fact that Apple made some announcements on Tuesday this week. Over the past year or three, so much speculation has been written about these new products that it probably costs the total GDP of several small countries just to power the servers on which this writing is stored. So where is Health Tech Insider’s coverage of these important announcements?

Frankly, there’s nothing much to say. Apple announced its Apple Watch which is notable because it marks the company into the wearables market, but the fact remains that it’s not a real product yet. The demonstration units shown to the press were not fully functional, and shipments won’t start until sometime in 2015. And until you can put cash on the counter and get one of these gizmos in return, it’s not a real product because we don’t know yet what the final product will — and won’t — do.

The Apple Watch certainly has some features that make it interesting from a Health Tech perspective. Perhaps the most interesting feature is found on the back of the watch case. Two infra-red LEDs are paired with two light sensors. Apple states that these will be able to monitor heart rate, but we don’t yet know the accuracy of this system, or whether or not it might be able to read other body metrics as well (such as blood oxygen or blood glucose levels). There’s just too much unknown about the system to be able to make an informed statement about it.

The other relevant part of this week’s announcement was about Apple’s HealthKit software developer’s kit (SDK) which is designed to help programmers create applications for Apple smartphones and other devices that can work with fitness and health data and make it available through the cloud for analysis and sharing with healthcare providers. This isn’t particularly news, as Apple provided great detail about it back in June at the Apple Worldwide Developers Conference. The concept is that this will become a unifying platform to combine data from all sorts of different wearable devices, so that it can be aggregated and used to provide more meaningful and accurate health and fitness information for users. This is certainly a noble idea, but it is tied to Apple’s operating systems, and thus limits the hardware that can use it. Also, Apple does not have a robust reputation throughout the corporate world, and the healthcare field is particularly sensitive to compliance issues such as HIPAA and security issues related to electronic medical records (EMR).

So in the final analysis, this is a non-post about non-news. When Apple has something new that impacts the wearable Health Tech field, we’ll cover it. Stay tuned.